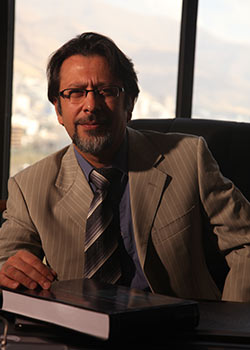 Doctor Fath Sami is born in Tehran in 1967. His great interest to the art of drawing, painting, sculpture and also photography was so much that up to the last deadlines, he was hesitant to participate in the national university entrance examination of art rather than the medical exam. Even in high school period, he had an amateur photo printing lab at home, where he was spending most of his spare time on publishing his amateur photos. However, in 1985, he passed the medical exam and entered medical school in Tehran University of Medical Science with an area rank of 58. He graduated in 1993, and after working three years as a general practitioner and serving in the most deprived parts of the country for its educational commitment, he began his ENT residency at Tehran University and in Amir Aalam hospital.

In 2000, he graduated in ENT specialty and received the “Specialized Certification” with the first rank in the whole country (Iran). Then, he succeeded to obtain the “Specialized Board” ranked third in the country.

According to his themes of art, he started the experience in cosmetic surgeries, in particular the nasal surgery in 1998. Since 2000, he was working professionally and independently in the private sector in the field of rhinoplasty and facial cosmetic surgeries. The integration of his scientific expertise and art capabilities led him to rapidly join the famous surgeons group in the area of rhinoplasty. His special reputation and particular interest in the repair of noses with estimates unsuccessful operations by other surgeons. Performing surgery on severely crooked noses and complex fleshy noses that few surgeons are willing to perform on has been as other causes of his reputation. However, he says in this regard: “Surely, better results can be even obtained in simple bony noses”, and continues, “Everyone should take a part of the work; I used to do the hard part”. Many, even some of his colleagues, consider him as the best known nose surgeon in Iran. However, he believes that rhinoplasty is a work of art and science that is in progress, and in a progressing science, the best does not make any sense. 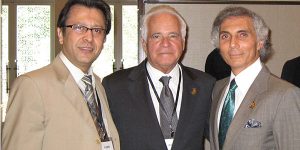 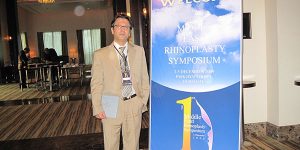 Although until a few years before, Dr. Sami used to perform most of facial cosmetic surgeries, but now, he has focused his activities in particular on nasal surgeries and chin prosthetics. He believes to accept operations in which he is more skilled, and should refer the surgeries with no special advantage to his colleagues. He believes that if a surgeon works on a more focused working field, he would obtain higher abilities and will provide a more complete service, especially in the field of rhinoplasty, which has encompassed an endless world of secrets.

In his many years of experience, Dr. Sami has presented numerous scientific articles and a series of lectures at various congresses and seminars.

In 2007, he wrote a book “Rhinoplasty and Facial Cosmetic Surgery”, which contains comprehensive information on the subject for the public. The book can be downloaded as pdf from this site in the section of “Directory of Rhinoplasty”. Its full study for each patient willing to be performed by Dr. Sami would be essential.